We Have Never Been Racist: Rethinking Race and Ethnicity in Contemporary Greece 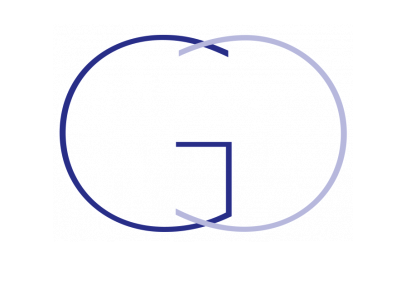 The network Greek Studies Now organizes the third meeting in the series of webinars for the bicentennial of the 1821 Greek War of Independence, drawing attention to the important question of race.

We Have Never Been Racist: Rethinking Race and Ethnicity in Contemporary Greece

Until quite recently, to talk about race in the context of Greek studies (and of Greece) was treated as awkward, something incommensurate with the narratives of what is commonly viewed as an ethnically homogeneous country that has never been a colonial power.

Yet, in light of recent public debates and with the reverberations of the Black Lives Matter protests reaching Greece as the country was preparing to celebrate its bicentenary, there is now a new urgent call to reconsider topical and longstanding legacies of race, racialization, and racism at different levels.

As a growing civil society movement has repeatedly stressed, processes of racialisation run deep in the structure of the Greek everyday. Race and (racial understandings of) ethnicity play a crucial role in defining Greek citizenship; they frame official and lay understandings of Greek history and have inadvertently influenced the very formation of the Greek state; they are painfully experienced by those who find themselves “outside” the matrix of recognition of who (and which bodies) could count as Greek; they are spectacularly (and officially) rehearsed in the biopolitics and necropolitics of “managing” the refugee crisis; but they are also part and parcel of longstanding class, educational, geographical, and symbolic taxonomies with a long history in the Greek state. In this context, the phrase “We have never been racist”, often repeated in Greece to this day, ceases to sound like an innocuous observation, and denotes the opening of a difficult debate.

In this roundtable we want, among others, to broach questions such as:

– What categories of (racial) exclusion and inclusion has the notion of Greekness been premised on in the Greek national imaginary?

– What has been Greece’s (historical, financial, ethical) relationship to the European colonial project? How did it impact the formation of the Greek nation?

– How useful is the category of race for understanding today’s political, cultural and social landscape of Greece?

– What are the particular histories of whiteness with which Greeks have been identified? What is their role today?

– How has “whiteness” shaped Greece’s European-ness and European hellenisms?

We will be discussion these themes and others together with Sadia Abbas (Rutgers University), Johanna Hanink (Brown University), Omaira Gill (journalist), and Nikos Deji Odubitan (Generation 2.0 for Rights, Equality & Diversity, Greece).

In the first part of this event, we will have brief presentations by the three main speakers. In the second part, we will open the floor for a live conversation with invited interlocutors from academic and activist communities, as well as with the audience.

The event will be live streamed via YouTube. Register here in order to receive the link for the livestream. If you would like to share the FB event, you can find it here.

The first webinar in these series of events to mark the Bicentennial of the Declaration of Greek Independence, was held on 22 March: a discussion on the nation by revisiting Stathis Gourgouris’ classic book “Dream Nation”. Our second event took place on 21 April when we invited Greek artists to reflect on “What Greece…?” they have in mind.